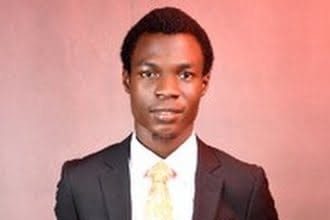 He has over three years of experience in journalism and advocacy, with his works revolving around education, global health, gender, entrepreneurship, development and humanitarian issues.
He is currently a Senior Reporter with the African Newspapers of Nigeria, Publishers of Tribune Titles. He holds Post Graduate Diploma in Journalism from the International Institute of Journalism, Ibadan.

Niyi believes in writing to make a difference and influence positivity in the society, hence why he centered his focus on human interest stories.

Niyi is a fellow of Wole Soyinka Centre for Investigative Journalism, REMOP for basic education. In 2018, he was selected among the 25 young Nigerians to attend the YOUTH RISE Academy fellowship in Abuja, Nigeria. As a fellow of the YOUTH RISE, he became an ambassador of the organization and has been going around in sensitizing people on drug use, drug abuse and decriminalization of drug in the country. Also in 2018, he was selected among the 40 journalists in the South West of Nigerian to undergo a 3-day training on election reporting hosted by the International Press Centre.

Niyi believes in the act of using his profession to tell the stories of the people in a way that would bring about positive change to them and the society at large. He is always of the opinion that the oppressed and the less privileged in the society can attain justice and freedom when their stories are properly reported in the media.