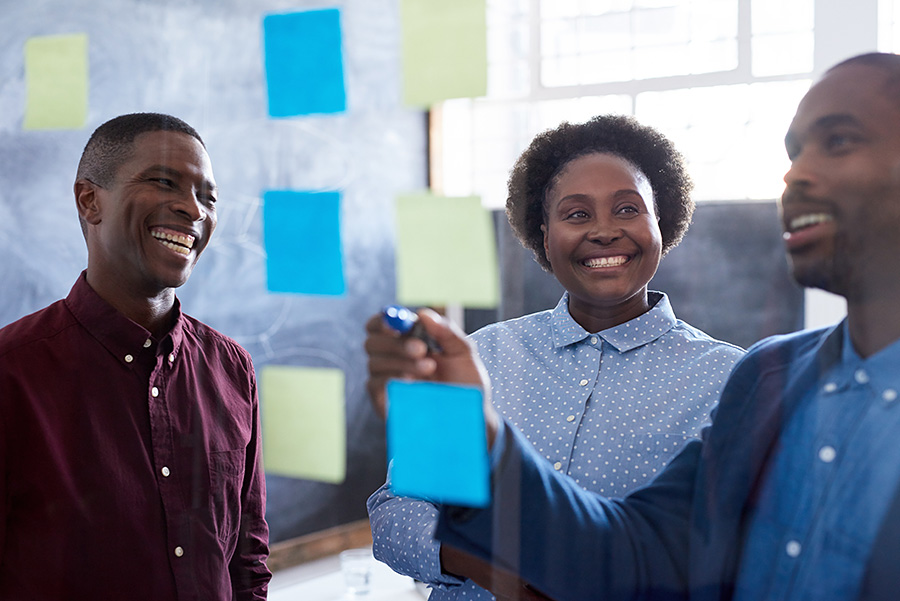 In 2017, the Bisi Alimi Foundation started its Media Justice Fellowship program as part of its approach to accelerating social acceptance of LGBT people in Nigeria. The fellowship program geared towards empowering lawyers and journalists in Nigeria and giving them the right tools to understand LGBT issues as well as report rightly and represent justly.

In the last years, the foundation has trained 22 fellows that have gone on to write over 20 articles and provide legal pro-bono services for LGBT individual and organisations.

We are therefore happy to announce our class of 2019. This class consists of six lawyers and six journalists from across Nigeria. These individuals have shown exceptional interest in the program and they are the finalist from over 90 applications we received for the fellowship this year, making it our largest application so far.

KHADIJAH MUHAMMAD ABDULHAMEED– Khadijah is a Legal Practitioner, and as well a Human Right activist based in Jos, Plateau State. She is currently undergoing a master of Law in the University of Jos fuelled with a passion to defend the defenceless and render her quota towards the development of humanity as well enhance herself with social Justice activities such as gender-based violence issues. She advocates to seek for change and ensure that all voices are been heard without any form of isolation or discrimination.

Joseph Agbro– He holds an Economics degree from Delta State University, Abraka and has worked as a print journalist with The Nation newspaper for the past 12 years, reporting arts, business and entertainment.

Despite coming into the profession by ‘mistake’, he has come to recognise and love journalism’s inherent power in communicating information, entertaining and shaping of ideas and his goal is to continually put my media skills to the test in providing clarity with fact-based stories.

Kingsley ‘Mesor Momoh–  is a Journalist, actor, events compere and writer based in Lagos, Nigeria.

He is a member of the International Federation of Journalists and the Nigerian Institute of public relations who gets inspired by the fact that he is providing service to the world. He also mentors young journalists and students to become responsible information managers and promoters.

IDIKI GODDEY MONDAY KUKU– is a graduate of Rivers State University and a practising lawyer committed to self-improvement daily and living for the growth of humanity.

For Idiki, Being a lawyer creates an earnest opportunity to give back to society knowing that society has given him so many opportunities for his personal advancement and growth. To be a change maker, his voice will be a medium to reach a larger audience.

Samson Adegboyega Newton–  is a passionate litigation lawyer who has been in active practice for over 7 years.

He is motivated daily to pursue and seek justice and he abhors seeing the downtrodden and helpless denied justice. He intends to reach the pinnacle of his profession both locally and internationally.

He believes with his profession he can positively influence his nation and community by taking up the cause of those who have been unjustly dealt with and making sure they get justice.

Bolu Akindele–  is the Creative Director at Joy, Inc — a benefit corporation which mainstreams the research and evidence on human flourishing and positive emotions to transform the culture, tell new stories and build a new generation focused on the greatest happiness for the greatest many. At Joy, Inc., Bolu is focused on creative Intelligence as well as building and growing communities.

He also works as a writer and freelance journalist covering stories around religion, social justice, health and development across Nigeria and increasingly, West Africa.

As a storyteller who works at the intersection of identity, culture, religion and social justice, he is highly inspired by how stories and narratives are key drivers in combating exclusion, enabling change and creating more inclusive communities.

By pioneering platforms and telling the stories that champion diversity, inclusion and social change, Bolu hopes to, at the very least, move the conversation of social justice in Nigeria as an extension, Sub-Saharan Africa forward.

SESUGH EMMANUEL IVANDE – is a legal practitioner and a human rights activist working on peace, equality and justice. He is currently undertaking a Master of Laws (LL.M) programme in International law, Human rights and Humanitarian law in the University of Jos.

He is very passionate about human rights and equality and his driving force is that he hopes to see a world where every human being is seen to be equal and free to live without discrimination or threat. He represents victims of human right violations in order to get redress and is currently working on a project to ensure the Child Protection and Justice System is put in place in Plateau State, Nigeria.

He intends to lend his voice and skills to the fight and struggle for human rights in Nigeria and Africa at large most especially for the LGBTIQ community which has been marginalized and discriminated against in every sphere of life. He believes that as a lawyer, he can be a voice for the voiceless and an advocate to the vulnerable and helpless in society.

Mandu Umoh– is a media practitioner with over 10 years of Media experience with the aim to tell the African stories through the African Eye. With a curious eye, she derives joy in digging deep into issues that border on humanity and relationships and Issues that affect the common man and finding solutions using the media.

She seeks to effect a change in the world by giving audience to the voiceless in the society.

Niyi is a fellow of Wole Soyinka Centre for Investigative Journalism, REMOP for basic education. In 2018, he was selected among the 25 young Nigerians to attend the YOUTH RISE Academy fellowship in Abuja, Nigeria. As a fellow of the YOUTH RISE, he became an ambassador of the organization and has been going around in sensitizing people on drug use, drug abuse and decriminalization of drug in the country. Also in 2018, he was selected among the 40 journalists in the South West of Nigerian to undergo a 3-day training on election reporting hosted by the International Press Centre.

Niyi believes in the act of using his profession to tell the stories of the people in a way that would bring about positive change to them and the society at large. He is always of the opinion that the oppressed and the less privileged in the society can attain justice and freedom when their stories are properly reported in the media.

TAIWO OGUNMOLA-OMILANI–  started her journalism profession in 2007 and was inspired in this profession to achieve the dissemination of information to the public and educating them about the activities of government most especially on Education, Industry and politics.

Her aspiration as a journalist is to disseminate accurate and balance information that is free from hitches and to educate the public accurately.

She obtained her BL from The Nigerian Law School Lagos in 2011 and since that time she has been active in the legal community, she has focused on cases involving domestic violence and abuse; crimes against women and children, naturally being a feminist and an activist, the LGBT community seemed the next logical cause to advocate for.

Ngozi is involved in a number of volunteer programs and regularly offers pro-bono legal services to victims of sexual violence and abuse, she is of the firm view that the world we live in today is rife with injustice and bias largely due to the fact that people are uninformed and underrepresented.

She seeks to use the knowledge gained at the Bisi Alimi foundation to galvanise her peers in the legal profession who are unaware of this grey area of the law into action and consequently create a stirring in the collective consciousness of our society about the LGBT community.

Agih Sylvester Isaac, Esq.- Agih Sylvester Isaac is a trained lawyer and an advocate of human rights. Born in 1985, Agih is passionate about social justice, equity and fairness. He hopes to give voice to the voiceless in the society through legal writing and representation. He is a legal practitioner, corporate and property consultant at S.I AGIH & CO (Elites Chambers).

Back to All Blog Posts