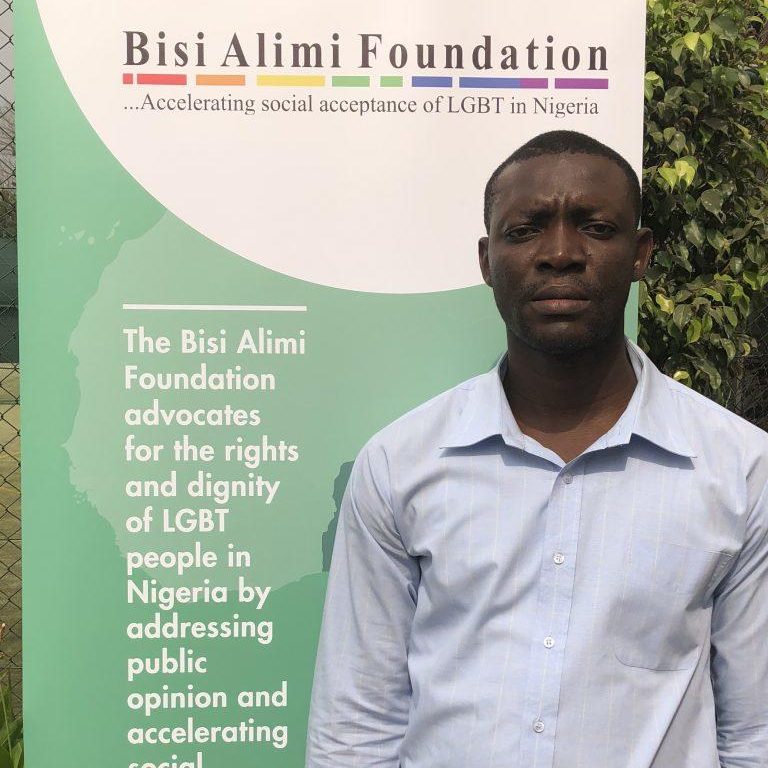 Joseph Oluwadare: in a country were young people tend to be less empowered and represented and unable to have their voice heard in public and in policy-making Joseph Oluwadare is a human rights activist and camera handler with NTA since 2015.

He was born in the city of Lagos and currently living in Abuja the capital of Nigeria. As a comrade reformer, he stands out among other activists to fight for the voiceless, students and harassment of LGBT people on campus.

His area of focus for the year is on social exclusion of young lesbian, gay, bisexual and transgender (LGBT) people in the country.

Due to the risk of being discriminated against because of their sexual orientation. He graduated from Osun State Polytechnic Iree.